Matrix tips they don't tell you

1. Why is this in blogger.com? This is ugly

Problem: You have an organization (university, business, hackerspace, etc) with existing user accounts on a Unix server. You want to host Synapse homeserver for them so that they can use their existing accounts to log in.

Here's how to do it quite easily.

We use three main components:


You can run the homeserver on same or different server to where the accounts are. Security-wise it's probably better to have own server for Synapse.

Read the installation instructions. I installed as Debian package. It doesn't matter how you install it. Remember to use postgresql database.

Use federation tester to make sure your homeserver is seen by the federation.

Read the instructions here. You just copy the plugin file to a specific directory. In homeserver.yaml you need to add the magic lines:


This should be done on the computer with the Unix accounts, whether it is the homeserver or not.

Read instructions here.  You'll need to git clone the repository and do some setup. It is a node.js application so you'll need to install required nodejs packages as needed.

There is a systemd service file provided that can be used to automatically start the server.

After you have set up the server, test it with curl by running:

This should return json with success: false (or true, if you provide real user credentials).

You can also do the same test from Synapse server by replacing localhost with the hostname of the account server.

Now you can test the whole pipeline. Open a new private browser tab, load https://riot.im/app , Sign in, change homeserver to your homeserver and enter valid user account credentials. You should be logged in as a new Matrix user on the homeserver.

Note: homeserver name needs to be the real hostname of the server (https://matrix.example.org, not https://example.org).

If you have questions or comment, I'm on #synapse:matrix.org and I'll try to help.

Here's a collection of hints on how to do stuff on your Gemini they don't tell in the official documentation.

Just a warning for non-hacker users: The Debian Linux for Gemini is still early alpha (12. Apr 2018) and it's not usable for daily work yet. Xorg uses slow software rendering, keyboard mapping is not right, Fn-modifier doesn't work so you can't type some characters etc. The best way to use it is from another computer via SSH.  This is why it's called technology preview.

Anyway, make sure you have everything backed up and ready to reflash everything if something breaks.

There is now official Linux version of the flasher tool provided by Planet. Use it.

If you are in situation when you can't access Linux side of Gemini, you can get there by USB networking:
This works directly on Ubuntu.

Usage is documented in the script itself, please read it.

It's possible to boot TWRP to install other distributions such as Sailfish on the Gemini. But booting it can be tricky. TWRP for Gemini can be found here.

NOTE: Next time you boot Android, the recovery partition will be wiped and you need to repeat this!

It's now in "closed beta". Don't ask me where to download it from. Hopefully it will be public soon. Here are the steps to install it in it's current form:

Switching between Sailfish and Debian

Overwrite the linux_boot partition with image you made earlier. For example to get from Sailfish to Debian, use dd if=linux-boot.img of=/dev/disk/by-partlabel/linux_boot

GUI for this would be nice.

NOTE: You can access Sailfish sysroot from Debian at /.stowaways/sailfishos and Linux sysroot from Sailfish by mounting /dev/mmcblk0p29 in any directory.

Why icons are needed in combat flight simulators

In recent years it’s become a trend to force icons off in many multiplayer flight simulator arenas. The icons are said to be unrealistic and not needed for realistic simulation. As a real life pilot I have noticed that in real life you can see an aircraft several kilometers away and see it’s color, attitude and larger details. In flight simulators the same is not possible - you just see a pixel or few.

Seeing your opponent as soon as possible is paramount in air to air combat. I decided to study the issue and found out that icons must be used if you want to fly realistic air combat. Icons are a compromise caused by limitations in current display technology. You can fly without icons, but then the visual detection and identification ranges are much shorter than in real life.

Human eye is not a digital camera. It is analog device and has various smart features. The eyes move constantly and paint the image in our brain. Regardless of this, we can calculate a resolution for eyes for comparison.

Let's assume the correct value is 0.6 arc-minutes which is 0.01 degrees. If we limit our study to a more moderate usable FOV of 120 degrees in both directions, the human eye resolution is 144 megapixels [3].

A average modern monitor has resolution of 2560*1200 pixels. This is about 3 megapixels. The FOV is usually about 75 degrees in a flight simulator.

We can calculate how many pixels we would need in a monitor to match the eye angular resolution for 75 degree image: 7500*7500. That would be 56 megapixels.

One more geometry exercise: How many “pixels” wide is an aircraft with wingspan of 15m at 10km distance?

The aircraft is 0.0859 degrees wide. This gives 8.6 “pixels” with human eye [5]. You should be able to see its orientation and larger details quite well.

With a monitor, this would give about 2.9 pixels [6]. You might be able to see aircraft color, but not orientation or other details. Even noticing the aircraft against terrain would be difficult.


With first generation VR headsets (OR CV1, HTC Vive, etc) the resolution issue is even worse - they typically have resolutions of about 1200*1200 which is less than half of the typical monitor used here. FOV is luckily better (110 degrees on both).

In addition to resolution one important factor is the peripheral motion detection. Eyes and brain are able to detect targets moving against background outside the high-resolution central vision area. When flying, this is very important as it allows noticing other aircraft  when looking elsewhere.

It's difficult to measure any significant numbers on the motion detection so it's excluded in this study. I also didn't find any data on if or how well this works on monitor compared to real life. At least the FOV is significantly smaller on monitor which naturally has an effect on target detection.


As the chapters above explains, icons are mandatory for realistic air combat in visual range. Many simulators implement icons in sub-standard way, and they often either unrealistic (too long range / visible through cockpit) and ugly (line of text).

Use these ranges as baseline. Make sure that in multiplayer situation all players have the same settings forced. Players should have option to turn off icons, if they want.


For an example of well working icons, take a look at World War 2 Online. See videos of the simulator to see how the icons work. 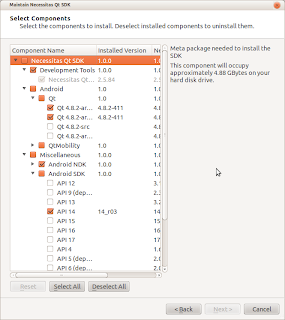 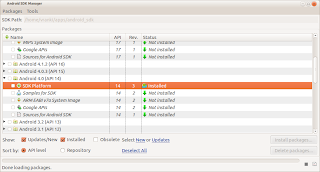 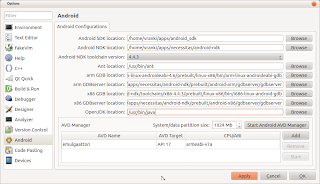 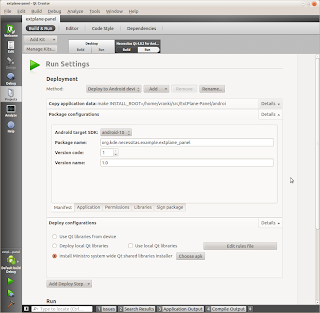 I need to edit some videos randomly. Nothing professional, mostly some clips from a GoPro or cell phone video camera. I need to cut & paste clips and add music soundtrack. This should be the basic feature set of any video editor, but unfortunately most of them fail one way or another.

Here is a comparison of few free video editors available. They are tested on Ubuntu.

Current winner. Does all I need without issues. UI could use some polishing, but good enough.


Mediocre but not bad UI. Preview becomes so slow that it's practically a slideshow with multiple 720p videos. Crashes frequently. Development is active but work is done for next version based on gstreamer editing services. I had a problem with rendered files having zero size, but this was fixed by removing gaps from the project. Many thanks to thiblahute on #pitivi.

Crashes so often that it's useless. UI looks like it's from 90's.


Spawned from VLC media player. Looks promising but i suppose develoment is dead as the official repository doesn't have packages for current or previous Ubuntu release.