Due to requests, here are some new pics from the simpit v2: 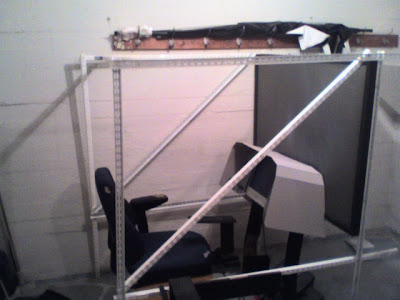 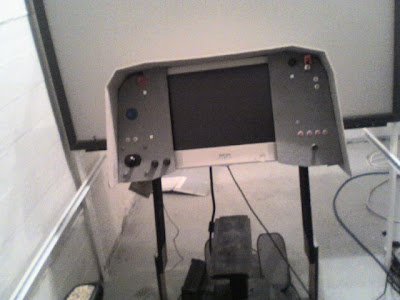 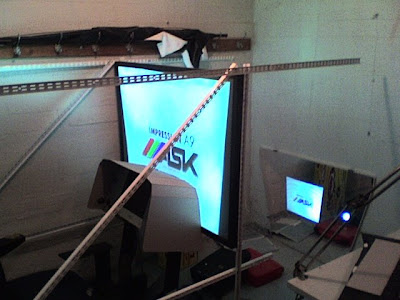 Testing the new projector. Projector is in front of pedals, just far enough to fill the rear projection screen. Brightness is much more better than with old DIY projector. 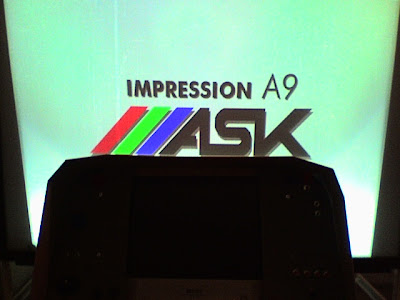 Pilot's view, with projector on. 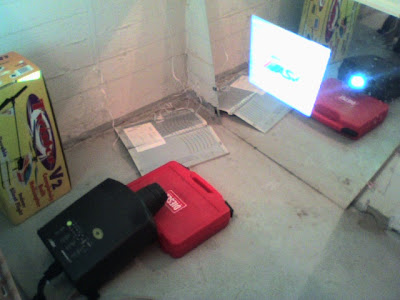 Fine-tuning the projector setup. I'll build some kind of holder for the projector later, for now it sits on the ground.
Lähettänyt cos klo 14.24 Ei kommentteja: